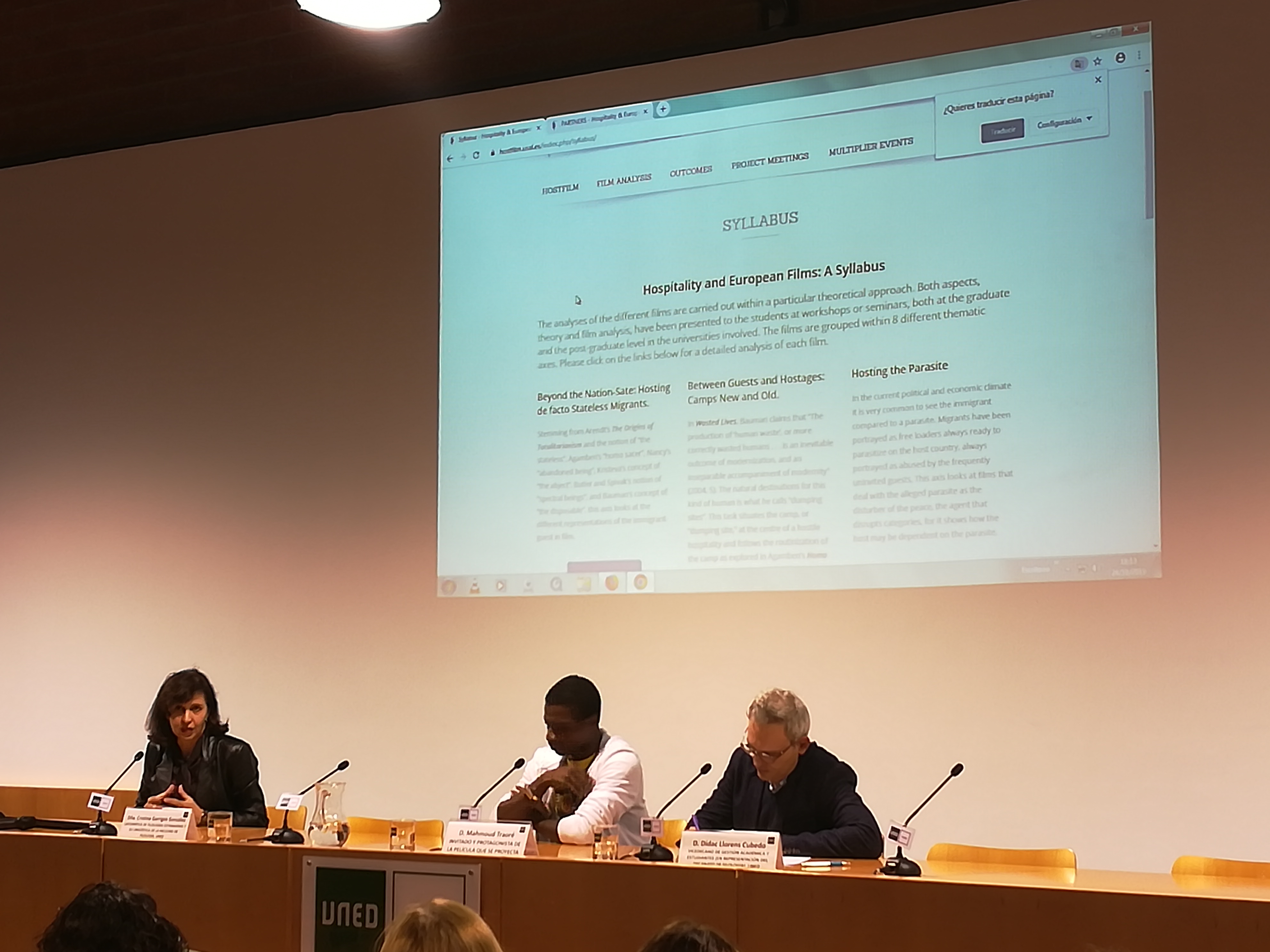 ESCUELAS PÍAS (Madrid, Spain), an associated centre of UNED (Spain), hosted a presentation of the project led by project member Cristina Garrigós on October 24th, 2019. The event gathered various audiences who were introduced to the use of Film Analysis (Syllabus) created by the project members. The Projection of M. Aguado’s Samba, un nombre borrado followed with a lively discussion led by actor, screenplay writer and author Mahmoud Touré, who narrated his own journey as an illegal migrant from Senegal into Spain. The introduction to the project, film screening and Q&A had Vice-Dean of UNED, Dídac Llorens, as Chief Guest. 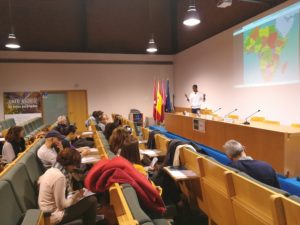 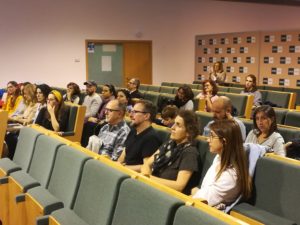