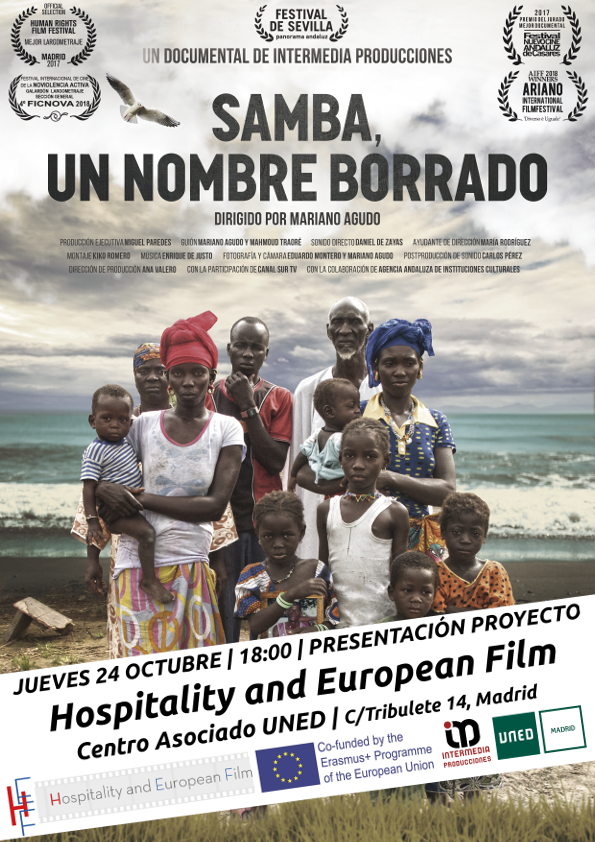 With the occasion of the fifth project meeting, project members screened the documentary Samba, un nombre Borrado, on Thursday October 24th, at the UNED in Madrid. Directed by Mariano Agudo, the documentary follows the steps of Mahmoud, a young Senegalese who arrived in Europe in 2005 after jumping over the border fence in Ceuta. Mahmoud details the story of Samba, a friend of his, who died while trying to swim across the Tarajal border in 2014. The event featured actor, screenplay writer and author Mahmoud Touré, who narrated his own journey as an illegal migrant from Senegal into Spain.