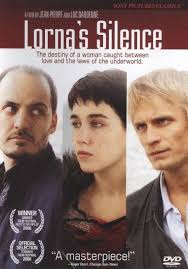 The Dardenne brothers started their career making militant videos that they showed to audiences in their region of Belgium. They graduated from there to more carefully constructed documentaries that recorded a tradition of resistance and of left-wing militancy which was in crisis, as the films knew all too well, at the time they were made (Mai 2007; Mosley 2002; O’Shaughnessy 2008). The brothers realised that in order to remain contemporary of their time, they needed to make a different kind of film. Je pense à vous (1992), a fiction, was a transitional work for them. Tracking its hero, a steelworker, as his industry was demolished and he moved into the black economy, it noted the end of one era, that of collective mobilisation and leftist militancy and the opening of a new one characterised by precarious, isolated individuals deprived of a collective, oppositional language and voice. Yet hamstrung by its very mainstream style and narration, the film failed to find a style and way of making meaning adequate to this new context (Mai 2010, 33-40: O’Shaughnessy 2008; 65-7). With La Promesse (1996), the brothers found what they were searching for: firstly, a way of filming, typically with a very mobile handheld camera, that, placed us with (rather than looking down on) precarious characters as they sought to survive in a brutal world where each was pitted against each and productive places were rationed; secondly, in the absence of an overarching language that would make sense of situations, a focus on the mute eloquence of restless bodies as they moved through newly deindustrialised spaces, engaged with objects and encountered other people; thirdly, an ethics, which, inspired by the work of philosopher Emmanuel Levinas (Levinas 2008, 2009; Cooper 2007) opposed the command not to kill to the systemic murderousness that inevitably ensued from competitive individualism and a preference for the thing to the person. The films no longer had a plot in the conventional sense: rather, they were traversed by the tension between the characters’ calculating, instrumental drive to survive in a ruthless world, and an unwitting Levinasian opening to the Other. True to the brothers’ mature style, this tension was not expressed in an elaborated language but became visible as it played out over bodies in their driven activity and their capacity to harm, be harmed, help and suffer. Their fourth feature since La Promesse, Le Silence de Lorna follows these now well-established patterns with some variations. The film was shot with a 35mm camera instead of the lighter 16mm camera used for the previous films. As a result, the camera is less mobile and the image more polished. La Promesse showed its young Belgian hero torn between remaining loyal to his monstrous father and helping a widowed migrant woman and her child. Inverting the dynamics, Le Silence de Lorna shows a migrant woman torn between protecting and harming a vulnerable Belgian. Because the film was released in 2008 and focuses partly on debt, it is tempting to see it as the Dardennes’ first film of the Crisis. Yet, from Je pense à vous onwards, the world they plunge their characters into is one of constant crisis within which precarious characters battle to survive. The physical bareness of the world around their characters and the lack of a social fabric already seem to anticipate the austerity that would sweep Europe after 2008.

Lorna (Arta Dobroshi) is an Albanian migrant woman living in Belgian. She has contracted, a marriage of convenience with Claudy (Jérémie Renier), a drug addict, in order to obtain Belgian nationality. Unbeknownst to Claudy, she is working with a gang, led by Fabio (Fabrizio Rongione), which plans to give Claudy an overdose so that Lorna can remarry and sell on her newly acquired nationality to a Russian. At the same time, Lorna is saving money to pay off a bank loan she has taken out to open a snack-bar with her Albanian boyfriend, Sokol (Alban Ukaj). The latter works as part of a team of temporary workers cleaning a German nuclear plant, their short-term exposure to radioactivity rendered permissible by their temporary status. Although Claudy’s agreement with Lorna is a purely commercial one, he is a demanding presence: he wants her to spend time with him and support him in his attempt to come off drugs. She responds to his vulnerability. She tries to rescue him from his planned murder by convincing him they should work towards a divorce on the invented grounds of his violence towards her. Claudy refuses to hurt her so she hurts herself. But her efforts are to no avail. Unwilling to waste time on the divorce, the gang kill him. She convinces herself that she is pregnant with the dead man’s child. Seeing her as an increasingly unreliable partner, the gang tell her they are sending her back to Albania where she will be less of a risk. The suspicion is that they intend to kill her on the journey. She escapes into the woods and takes shelter in a wooden cabin, determined to protect her (imagined) unborn child.

Integrating all too well

Those opposed to migration often suggest that migrants into Western Europe pose a problem because of their alleged difficulty integrating into societies whose values are so different to those that that they have come from. Le Silence de Lorna turns this kind of argument on its head. The problem with Lorna, its heroine, is not that she cannot integrate but that she integrates all too well into a society increasingly given over to neoliberal values so that her behaviour confronts us with their implicit monstrosity. What distinguishes neoliberalism from earlier liberalisms is that, not simply does it believe that entrepreneurial capitalism should be protected from state interference, it preaches the extension of entrepreneurial values to all domains and institutions and puts a compliant state to work to penalise any form of dependency and encourage and instil competitiveness at all levels of society, from businesses and institutions down to individuals. The ideal neoliberal subject is the self-reliant, calculating, competitive entrepreneur-of-the-self (Foucault 2004). Lorna is just such a being until she is thrown off course. She treats her relationship with Claudy entirely as a business deal in which Claudy is at best a partner in a contract that begins and ends with the exchange of money and at worse an object to be disposed of once it has served its purpose. Her approach to Belgian nationality is suitably entrepreneurial: she buys access to it and plots to sell it on as a transferable and profitable commodity. All those around her (Fabio, Sokol, the Russian) are willing to trust her only to the extent that she remains this ruthless, calculating character. Claudy, in contrast, fails to fit into the neoliberal order: he is needy, unproductive and counts on welfare payments and the support of state institutions. When Lorna and her fellow plotters see him as disposable, they are simply reflecting his broader unfitness for a ruthlessly competitive world. Le Silence de Lorna thus turns the stereotype of the unintegrated migrant on its head. By focusing on someone who integrates too successfully, it confronts us with what our societies have allowed themselves to become.

When Le Silence de Lorna starts, we simply see its heroine’s hands counting out money in a bank as her voice explains that, now that she has become Belgian, she can take out a loan. Integration for her is not simply into a neoliberal economy. It is into a relationship of creditor and debtor, a relationship that, Lazzarato (2011) argues, has become central to neoliberalism, especially as it moves into its more punitive, austerity phase. The power of debt as a mode of governance, Lazzarato notes, is that, not only is the debtor obliged to remember their debt, they are also obliged to construct a version of themselves (calculating, acquisitive, predictable) that convinces the lender that they will be a reliable repayer. Debt constrains not simply the present but also the future. Owing money to the bank and having been invested in by Fabio, his gang and the Russian, Lorna has to prove herself to be a single-minded repayer who sees each human encounter as valuable if, and only if, it helps her reimburse what she owes. It is only by becoming unreliable, by losing the plot, that Lorna can hope to open a different future, one based on an opening to the Other.

Hospitality and the vulnerable Other

As befits the Dardennes’ film-making, Claudy is not simply an Other who demands to be recognised in an abstract way. He is a needy, importunate, bodily presence. At one stage, contorted by pain from withdrawal symptoms, he wraps himself around Lorna’s feet, as a child might do to their mother. At another, the only way Lorna can prevent him going out to buy drugs is to have sex with him, an offering of her body to save his body. More generally, he demands that she spend time with him. In addition, of course, she knows of the plot to kill him. He is, by definition, vulnerable, and, paradoxically, it is this very vulnerability that forces Lorna to move out of the world she has built centred on the self, and in which the Other can only figure as an object to be used instrumentally, to a different world in which she has to learn to live alongside and in respect of the Other (Levinas 2008, 2009). By failing to protect Claudy, it could be argued that she opens an infinite debt towards him, one that defies any instrumental calculus, and which can only seek to repay through the imagined pregnancy. Pregnancy suggests an absolute and unconditional hospitality to the vulnerable Other. The womb is given over to the needs of the gestating infant but places no demands upon it. The problem here, of course, is that the pregnancy is an imagined one. It is as if, despite itself, the film were admitting that no individual commitment to any vulnerable Other, no matter how absolute or unconditional, was an adequate response to violences that are essentially systemic and spring from the inhospitable terrain that neoliberalism deliberately creates.

Levinas, Emmanuel. 2009 (1974). Otherwise than Being: Or beyond Essence. Translated by Alphonso Lingis. Pittsburgh: Duquesne University Press.

O’Shaughnessy, Martin, ‘The Crisis before the Crisis: Reading Films by Laurent Cantet and Jean-Pierre and Luc Dardenne Through the Lens of Debt.’ SubStance, 43:1, 82-95. (downloadable version available here: https://core.ac.uk/download/pdf/30644508.pdf )