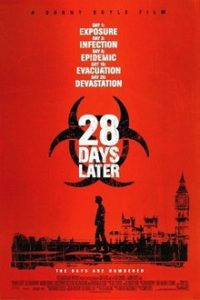 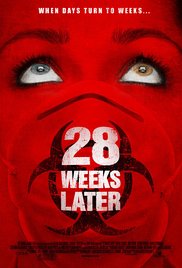 Horror films offer us a space of the imagination in which we can confront and work through our fears and the deep feelings associated with them. While there has been a vampire resurgence in recent times, often dealing in coded ways with the politics of race and sexual difference, it is zombies that seem most to have caught the spirit of the times (Stratton 2011, 267 ; Lauro and Embry 2008, 86), for a range of reasons which might include: their incarnation of a futureless future (Lauro and Embry 2008, 96); the fast-moving crises and pandemics of the era of globalisation; capitalism’s drive to eat itself and/or the planet (Webb and Byrnand 2008, 92); a rising sense of human disposability (Bauman 2003). Zombie films have deep cultural roots. If the mythology they feed off first emerged in the Caribbean as a way of expressing the slaves’ subordination to the slave-owners’ will, it was also turned back upon slaves and their descendants, suggesting they were the source of monstrous violence rather than its victims. The mythology was given a new lease of cinematic life by legendary director George Romero when, across a seminal series of films (Night of the Living Dead (1968), Dawn of the Dead (1978), Day of the Dead (1985) etc.) he retooled zombie mythology to explore the violences of the Vietnam era and of America’s racial politics and of consumerism in coded form. In the process, one crucial shift he effected was to depersonalize the force that controlled the zombie: the individualised evil figure disappeared and his or her place was taken by the drive that pushed the zombie onwards even after the death of consciousness and the individual will. Stratton notes how a number of analysts see this fear of a loss of control of the self as the core of the zombie genre (2011, 269-271). This is perhaps too specific: while the figure can indeed convey fear of loss of agency, it also relates to abandonment (being on one’s own in the face of the zombie onslaught), disposability (zombies can be killed at will), the threat of the outcast other (zombies exist outside a shared humanity), the sense that we also could also easily become outcasts (the almost instant contagion) and the loss of our own humanity (implied by our ruthless willingness to kill). This accumulated semantic richness helps explain why the figure has been able to move through time and evoke different fears and different forms of alienation (Bishop 2006; Lauro and Embry 2008; Webb and Byrnand 2008). Bringing it up to date, Stratton (2011) suggests that the zombie has now become a coded way to speak about migrants and the threats and fears that they embody (see also Bishop 2009, 24).

a small group of animal liberationists break into a medical research laboratory and liberate chimpanzees with a highly contagious rage-inducing virus. A cycle courier, Jim (Cillian Murphy) who has been in a coma after being knocked off his bike awakens to find a deserted London strewn with abandoned cars and objects. Having entered a church, he finds himself pursued by a zombie horde but is rescued by Selena (Naomie Harris) and Mark (Noah Huntley), two other survivors. Mark is killed by Selena after he has been bitten on an ill-advised trip to Jim’s home. The surviving pair are attracted by Christmas lights near the top of a tower block and rescued from another pursuing horde by Frank, a taxi-driver (Brendon Gleeson) who lives there with his daughter, Hannah (Megan Burns). The foursome head out of London in Frank’s taxi. Frank is infected but shot by an army patrol. The three survivors are taken by the patrol to a country house occupied by soldiers under the command of Major West (Christopher Ecclestone). The Major’s plan is to wait for the zombies to die and to repopulate the country by forcibly impregnating any women they can capture. Jim deliberately releases a chained up, infected black soldier and the house is overrun. The Major is killed by the infected man. As the film ends, Jim, Selena and Hannah who are living in an isolated cottage manage to attract the attention of a jet fighter, flying overhead.

During the same outbreak as in the first film, Don (Robert Carlyle) and his wife, Alice (Catherine McCormack) are holed up in a rural cottage. They are overrun by zombies. Don saves himself but abandons Alice. Twenty-eight weeks later, when all the zombies have died of starvation, NATO forces under American control begin to re-occupy London, beginning with the area around the financial quarter and the Isle of Dogs, where they try to restore a sense of normality by having shops and a pub. Soldiers watch, however, from the roofs of the nearby bank buildings. Tammy (Imogen Poots) and Andy (Mackintosh Muggleton), Don and Alice’s children are among the first children to be brought back to the city. Soon after they arrive, they escape from the safe zone and go back to their old house. There they find Alice who has survived: she was bitten but is a carrier and remains human. She is brought back to the base where she is examined by Scarlet, an American Army doctor (Rose Byrne). Foolishly, Don kisses Alice on the mouth, is infected and restarts the outbreak. As the number of infected grows and it becomes impossible to see who is infected and who is simply fleeing, the American commander, General Stone (Idriss Elba), orders the troops to kill everyone. Scarlet rescues the children but is killed by Don who also bites Andy before he is shot by his daughter. Andy seems uninfected but is a carrier, like his mother. When he and Tammy are flown to France, he triggers another outbreak there.

In her seminal essay, Powers of Horror (1982) Kristeva gives an account of abjection as the confrontation with the breakdown of the symbolic boundaries (between life and death, inside and outside, self and other, nature and society) that preserve our sense of a bounded and coherent self. Neither dead nor alive, wounded, drooling and rotting, radically other to us but also something we can become, a rabid beast but still somehow human, the zombie is decidedly abject. It is not just monstrous. It is a monster in which we can see the collapse of all the boundaries that sustain our sense of a coherent self. But it is not only the zombie’s body that summons up feelings of abjection. The zombie also renders space abject. It knows no spatial co-ordinates nor symbolic boundaries. Faced with its lumbering or running presence, all space becomes abject or, in the words of Jeff May (2010), blank. This abjection of the body and the space around it is strongly felt in 28 Days Later. When the hero awakens in post-outbreak London, the capital city, normally a place full of symbols which confirm our belonging, has become abject. The Houses of Parliament and other buildings are still there but no longer connect to a population conspicuous by its absence. More personal spaces suffer the same fate: when the hero goes to his family home, he tries to turn it into a shrine to his dead parents but succeeds only in attracting a zombie swarm with the candles he lights. Nothing and nowhere is sacred or symbolically resonant any more. Jim is homeless as an individual as well as a national citizen, effectively a refugee in his own country. It is probably no accident that, with his companions, he seems to find refuge in the militarised country estate. The country house is a classic symbol of traditional Britishness, reassuring in its apparently peaceful permanence and solidity. Yet the film refuses us this comforting return to the past. Apart from the house now effectively being turned into an armed camp, a place of exclusion to keep out the invading, rootless zombie horde, it is also inhabited by memories of less reassuring national histories. Chained up in the courtyard, there is an infected black soldier kept alive so that the progression of the virus can be observed. Destined to be impregnated Selena, is also black. Her imminent rape and the soldier’s shackles carry a memory of colonialism and activate the genre’s own internal memory of slavery. The film would seem to imply that, as people demonize outsiders, they lose their own humanity and their home becomes an oppressive fortress rather than a place of hospitality in which even the usual inhabitants cannot feel at home.

The sequel repeats some of the same dynamics but is also different in significant ways. It expresses the same longing for a lost national and family home but the national home, with its symbolic pub and shop, is purely synthetic while the family house is the place where the virus lurks, blocking any possibility of a return to a rooted past. Moreover, the apparently reassuring world we see at the start of the film reveals itself to be a camp, with armed guards looking down, barriers to keep people in and out and surveillance cameras to watch the inhabitants. A sense of abjection lurks outside the barriers (the rotting corpses, the decaying food, the rubbish) but the fact that the rescued mother is a carrier suggests that the virus can also lurk within. Once it breaks out again, all those on the ground, zombies and non-zombies become targets of the soldiers. As in other zombie films, we all threatened by abjection and are all therefore exposed to elimination. In this film though, in contrast to its predecessor, the soldiers are American and look down from the roofs of the finance quarter in London. We have moved from the first film’s country house fortress-nation to a world where people are exposed to the more international power of global finance and the USA as global policeman. The zombies share some features with finance: in their drive to devour what comes before them, they mirror its insatiable drive to increase; like it, they respect no borders, boundaries or symbolic identities. On the other hand, in their rootless roaming and their disposability, the zombies mirror aspects of contemporary migrants and refugees. Creatures of boundary collapse, they defy any neat, unitary interpretation.

In her famous Cyborg Manifesto (1991), Donna Haraway imagined how we might move beyond disabling binary divisions (man-woman, human-technology, science-nature, subject-object) by exploiting the cyborg’s capacity to straddle each opposing pair (to be both human and machine and so on). Lauro and Embry find no such positive capacity to move beyond the binary divides that define and entrap us as individuals in the zombie. Their zombie is not a figure of positive fusions (both/and) but a neither/nor figure (neither dead nor alive etc.) where boundaries collapse without anything positive arising to replace them. In some ways, the figure suggests we cannot move beyond the present and by so doing confronts us with the dead-end of our current civilisation. Evoking slavery, colonialism, alienated labour, mindless consumption, monstrously human murderousness, camps and barriers the zombie suggests that we remain haunted by our history even as it collapses, in the same way as the heroes of zombie films seem only able to retreat to the cosy pasts of their imagination (the pub, the country house) (Lauro and Embry 2008). In other ways though, by dissolving boundaries of identity and space and the symbolic resonances they carry, the zombie seems to offer us a blank slate on which to imagine radically new futures.

Haraway, Donna (1991), “A Cyborg Manifesto: science, technology, and socialist-feminism in the late twentieth century,” in Simians, Cyborgs and Women: The Reinvention of Nature, New York, Routledge, 149-181