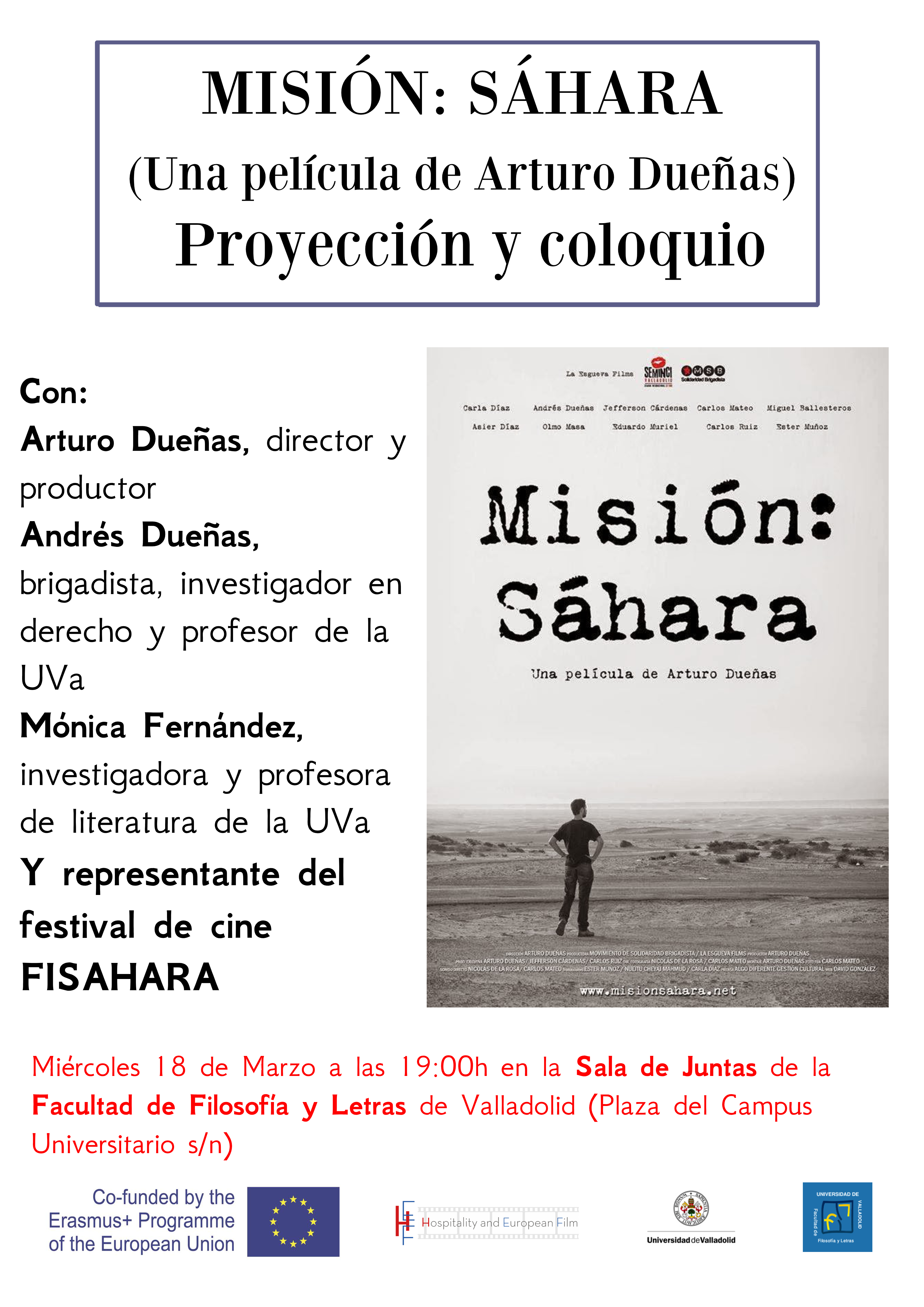 Unfortunately, the screening had to be cancelled because of the coronavirus pandemic.

On Wednesday, March 18, Project Member Mónica Fernández will host the screening of the film Misión: Sáhara at the Facultad de Filosofía y Letras, Universidad de Valladolid. The screening of the film  will be followed by a conversation led by Mónica Fernández, featuring the  film Director, Arturo Dueñas, as well as UVa Law professor Andrés Dueñas, and a representative of film festival Fisahara.

Misión: Sáhara is an independent documentary film about a problem of decolonization that has been unresolved for almost forty years: Western Sahara. Although much has been filmed on the subject, Misión: Sáhara offers an original point of view: the version of the conflict from those opposed to the regime in the occupying power, Morocco, and the odyssey of a group of young brigadistas to achieve these testimonies.

The brigadistas will become characters in the film: they will tell us the reasons for their political commitment and we will follow them through their journey inside Morocco until they achieve (or not?) their goal (to reach the capital of the Sahara, El Aaiun). At the same time, they will gather different testimonies in Morocco from opposition movements that are opposed to the current policy of their government and are in solidarity with the Saharawi demand.