Jorge Diego leads discussion on “Even the Rain” in Kolkata

Jorge Diego leads discussion on “Even the Rain” in Kolkata 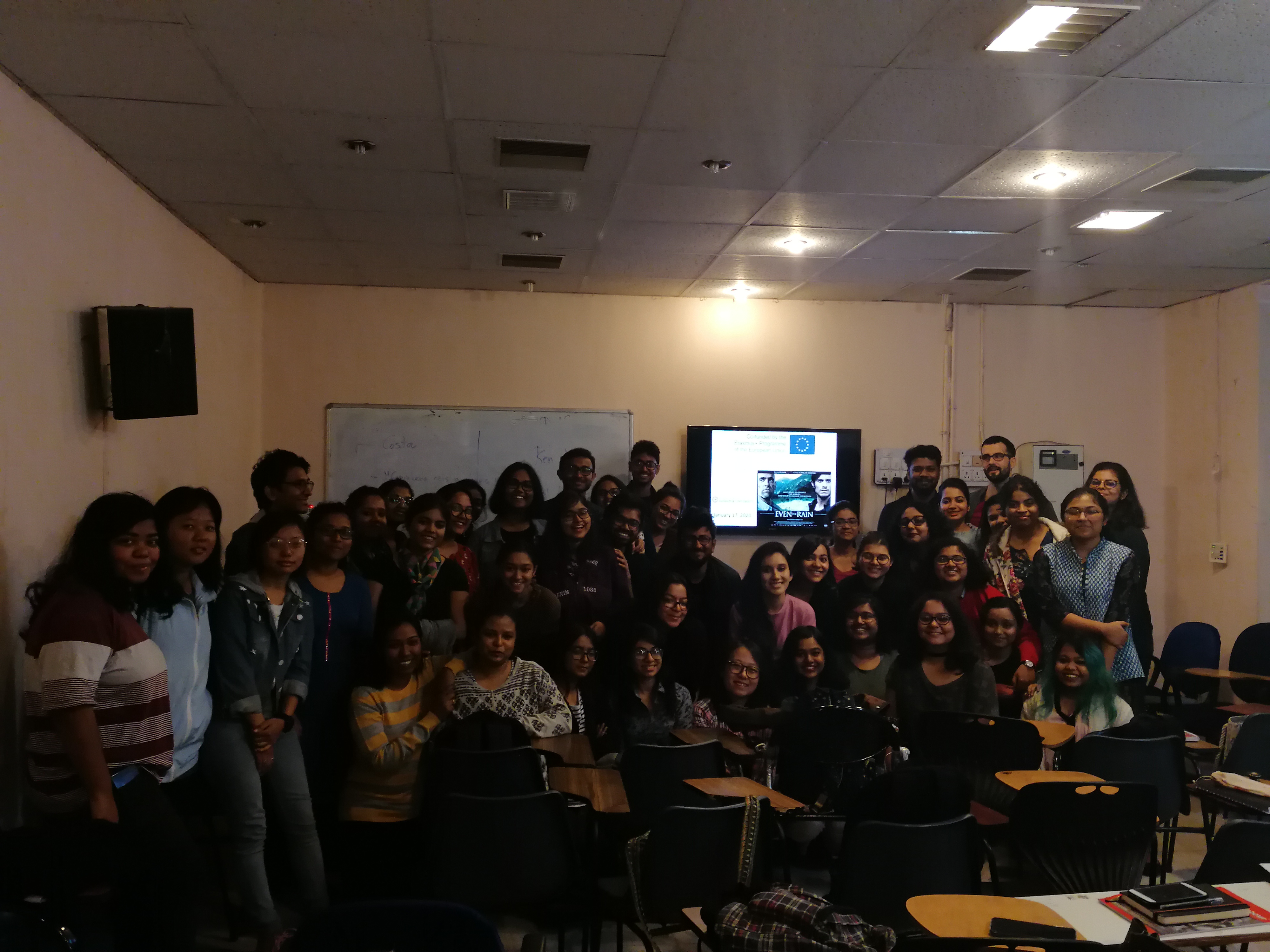 As part of the activities organised during his fellowship at the Centre for Advanced Studies of the Department of English at Jadavpur  University (Kolkata, India), project member Jorge Diego Sánchez discussed the film Even the Rain (También la lluvia, directed by Iciar Bollaín,  2010) with postgraduate students on January 17, 2020. They discussed the necessity of addressing the affective creation of  collective fear and they looked at the film using the theoretical lenses and practices offered by the Project. The impact left by the Project and its Film Analysis and Activities has been therefore proven transnationally at this institution.

The session on the film was followed by a workshop the following day (January 19, 2020) where the students applied the theories to the analysis of the film. The questions and feedback given by the students were extremely  interesting, proving the transnational relevance of the film and of approaches to film analysis through issues of hospitality and hostility in contemporary times.