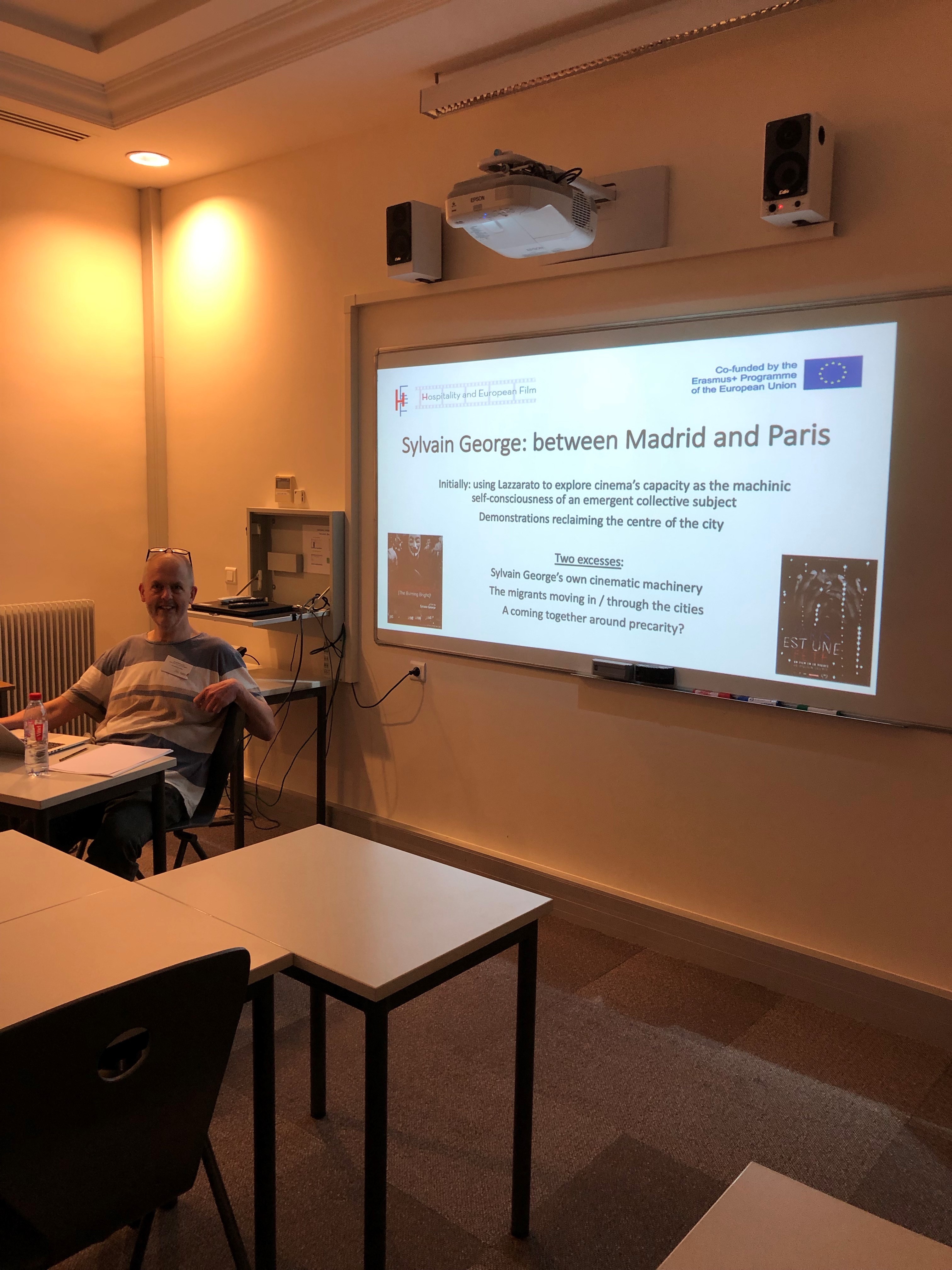 Prof. Martin O’Shaughnessy, a member of the Project team, delivered a paper at the University of London Institute in Paris, on how the avant-garde director, Sylvain George, brings together migrants and political demonstrations linked to the Occupy movement in his films Vers Madrid (2013) and Paris est une fête (2017) to probe the possibility of a politics that reimagines foundational European political values outside of the constraining framework of the nation-state and national citizenship. The paper was followed by a discussion of George’s work, the specificity and ethics of his way of filming migrants and the broader political questions raised by his films. 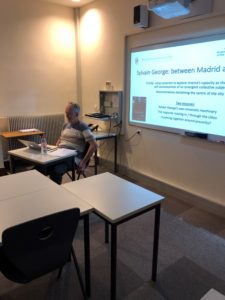 Sylvain George: between Madrid and Paris.

Sylvain George is one of the most significant avant-garde filmmakers operating in French cinema at the current time and is perhaps best known for his poetic documentaries about young, typically male migrants. More recently, he has made two films, Vers Madrid (2013) and Paris est une fête (2017) which bring together images of such migrants with those of people engaged in radical protest movements (the Indignados in Madrid, Nuit Debout and protests against the Loi el Khomri in Paris). He does this against the background of more solid and durable urban elements associated with public spaces, statues and the built environment. A self-consciously temporal as well as spatial practice, his cinema homes in on the local reverberations of global processes and the mobile, marginal and fleeting acts, movements and affects that ripple across the city. In this way, he seeks to find (or engineer) Benjaminian constellations whereby the past embedded in the cities’ fabric aligns with unstable elements of the present to throw up new historical possibilities and new spatial relations. Opposing their own sense of urgency to the increasingly permanent states of emergency now inscribed in urban space and seeking resonances between the precarity of paperless migrants and the protests of newly precarious citizens, his films probe the potential for new, less territorially rooted forms of the people more adequate to the our era of global flows to emerge. Yet, even as he does so, there is a risk that, in his search for connections, he will underplay radical dissimilarities between different groups, situations or struggles and conjure up not a coming people but an imagined one. These are the issues that this paper will probe as it first analyses the workings of George’s cinema and then seeks to evaluate the adequacy of its response to contemporary transnational cities and those who move in and through them.