Two state high schools in Ávila (Spain) have collaborated with Hospitality and European Film to maximize the impact of the topics and the dissemination of resources developed by the project. María Diego Sánchez, teacher of Physical Education at I.E.S. Vasco de la Zarza, and Juan Ignacio Blanco García, teacher of English language at I.E.S. Alonso de Madrigal, have been working with the Film Analysis of Gurinder Chadha’s Bend It like Beckham (2002). The analysis is part of the Syllabus and is available on the web (https://hostfilm.usal.es/index.php/bend-it-like-beckham/). Both María and Juan Ignacio have used the theoretical approaches towards the film to raise issues in relation to migration, self-reliance, the welcoming of migrants and asylum seekers, and the importance of self-respect in their different teaching activities and courses.

This activity is key, for it demonstrates how the Project has reached teenage students at the high school level. Exposing students to this kind of activity can foster empathy with the characters of the film since both characters and audience belong to the same age group. The students were able to discuss and deal with important topics such as the importance of education, the rise of totalitarian misconceptions about cultures, and the importance of believing in the interconnections and cooperation between and among different countries and cultures. The interdisciplinary of the approach carried out by the teachers is a great asset for the project and allows us to compare the reception of the film and the Film Analysis by different age groups. 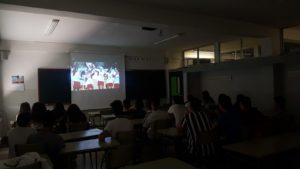 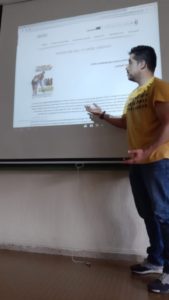 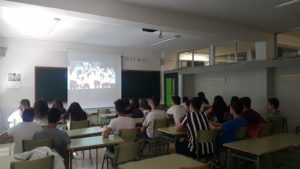