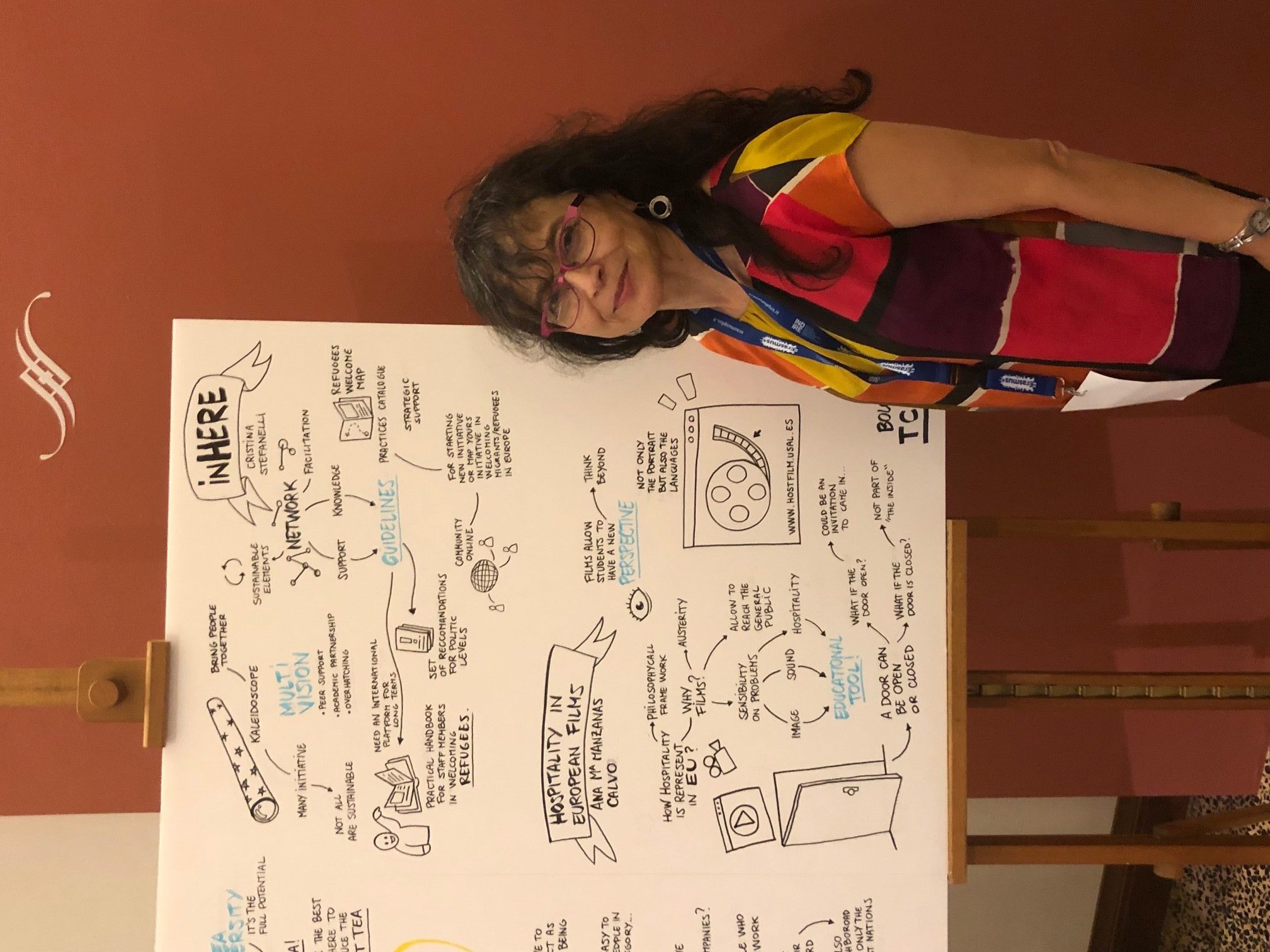 Project leader Ana Mª Manzanas and team member Jesús Benito participated in the TCA “Fostering Erasmus+ cooperation projects impact and cross fertilization on social inclusion and civic engagement” held in Bologna on June 26-27, 2019. At this “Transnational Cooperation Activity” (TCA), Prof. Ana Manzanas was one of the six project coordinators selected to present the outcomes of their projects to the more than 20 participants in the roundtable, most of them E+ project coordinators themselves.

The main objective of the round table discussion was to illustrate and share tangible outputs of projects that were relevant to the specific topic of the session, namely “The contribution of Higher Education to promoting democracy and intercultural dialogue”. Prof. Ana Manzanas took time to discuss ways in which the outputs of the HOSTFILM project could be adopted by other universities, and the impact they could have on the target groups, and on society at large. 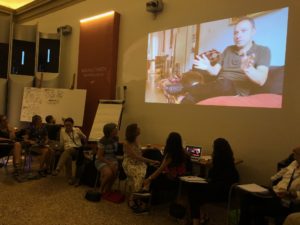 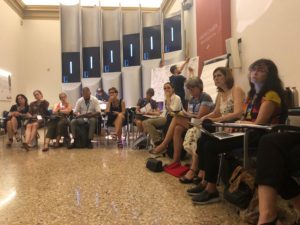 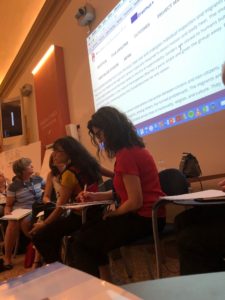