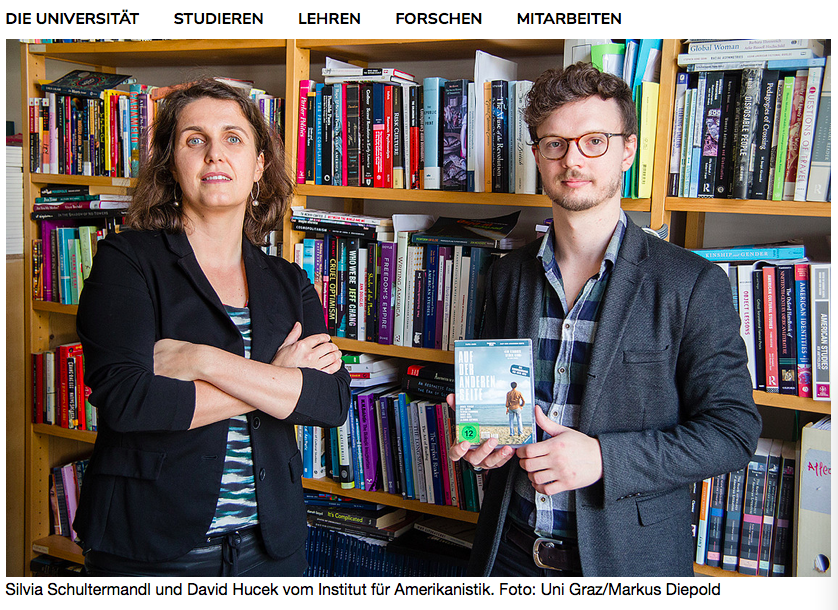 In a recent article in the Austrian national newspaper Die Presse, Erika Pichler summarizes the main ideas developed within the project. Her article “Who has the right to be a guest?” (translated from the German original) presents the Silvia Schultermandl’s and David Hucek’s (both University of Graz) contributions to the project. Below is a brief summary of the article’s main points (loosely translated from the German original):

Cultural Studies: Seven European Universities are analyzing hospitality and its changing face in European films. Their EU-funded project: “Hostfilm: Hospitality in European Film.” Their conclusion: Enlightenment virtues do not apply to everybody equally. By placing the focus on the so-called receiving countries of migrants, refugees, sans papiers, and asylum seekers, the 19 European films the project investigates raise important issues about the meaning and importance of hospitality in cultural encounters. Extending Kant’s and Derrida’s thoughts on hospitality into the contemporary context of the so-called “refugee crisis,” the project applies the concept of hospitality to depictions of racism, xenophobia, and globalization. A website with film discussions, a MOOC, and a documentary film on migrant musicians are all designed to reach academic and non-academic audiences, and thus to chance some of the prevalent discourses on borders, migration, and national belonging.